You aren’t biased, are you?

5 Common Judgment Biases and How to Avoid Them In an insightful article in the February 2015 Issue of the Journal of Accountancy, Rebecca Fay and Norma Montague touched on unintentional biases that can lead auditors astray. As I read it, I realized that my biases, and yours, may be impacting our analysis of tax returns, financial statements and other data for loan decision-making.

But we aren’t biased, are we? In tax return analysis training, I regularly am exhorting lenders and analysts to suspend judgment, but I am usually talking about the impact of noncash and nonrecurring items on the bottom line and how things can be better — or worse — than they look.

But judgment calls are essential if you are going to work through the mountain of information in loan applications and get to a result in any kind of reasonable time frame.How rapid decision making relies on bias

The speed with which lenders and analysts need to make loan decisions relies on the use of mental shortcuts. This is called ‘heuristic’ decision-making and is often beneficial. And it often results in high quality decisions. Except when it does not.

Understanding the likely bias you may unwittingly bring into this speed-dating version of credit analysis is your first defense against allowing those biases to lead to poor decisions. Here are the five biases identified in the Journal article and my recommendations for how you can play defense:

If you over rely on the information that is most memorable or most easily accessible, you may fall prey to this bias. Consider if, when faced with a red flag, you immediately recall a time when it looked like this but was no problem. Another lender or analyst may flash back to a time when catching this red flag saved the day. How likely is it that these two will come to different conclusions about the severity of the issue?

As with all the biases, awareness is your first and best defense. In addition, flag these types of items and run them by someone else.

This bias occurs when projecting the impact of a change in the business. Or evaluating the client’s projection. You may start with an anchor of known information, and then make adjustments to that anchor. If you are in business lending, you no doubt have seen a projection that assumes X% growth in revenue, as an example. If that X% is grounded in some real, analytic thinking I have no problem with that. But has anyone considered whether the anchor, the existing revenue, is still realistic?

Notice when you are using an anchor, whether it is provided by the borrower or from your own records. Whenever you catch yourself questioning an adjustment, back up and question the anchor. This is another assumption to run by someone else if it is making a big impact on your loan decision.

This bias relates to an overestimate of your abilities to perform the task needed. In the loan decision-making world, this could occur when you switch types of lending and do not come up to speed because you feel you already have the knowledge and underestimate the differences.

I have also seen a variation of this. You may feel that you should know what you need to know and you do not want to admit that you do not.

I once became aware that the branch manager who was my point person for a loan did not understand balance sheets at all. I knew him well enough to call him on it and asked why he did not come to one of my training sessions. He said:

“Linda, I could not admit to my boss that I need that training.”

We often have that gut feeling when we are over-reaching. Sometimes it is simply the healthy adjustment to a new challenge and it is time to step up. But if you have ever hoped that someone would not figure out how little you know about something, that could be a clue.

You might have more impact countering the overconfidence bias of your direct reports. Find the gentle, or maybe not-so-gentle, way to get them the resources or oversight they need as they bring their skills up to meet the challenge.

When planning an in-person training, the conversation with the Chief Lending or Credit Officer always turns to who should attend. It is common to include more experienced lenders and analysts not just because their participation will enhance the learning experience for everyone else, but because they need it to fill in gaps.

I talk about this one all the time in my tax return analysis training workshops. When I advise lenders and analysts to “suspend judgment”, it is not just because you will get the wrong impression early on. There is scientific evidence that once you have drawn a conclusion, your brain actively seeks information to confirm your conclusion and may ignore compelling evidence to the contrary. This is not on purpose, it is just the way your brain works.

The best way to counter confirmation bias, once you have made your decision, is to play for the other side. See if you can identify reasons why you might be wrong.

As with the other biases, getting a fresh perspective from a colleague can also help. And in your loan write-up, see if you can write a convincing reason for your take on this. Sometimes it is when we start to put it to writing that we see the weakness in our conclusions.

Well, the lending environment is a competitive one with time pressures and goal pressures. We might as well concede this potential source of bias.

I do not have a great suggestion for this. You need the time you need. But you also work in the environment you are in. Notice when the short-cuts are too short and when you feel that way, consider running it by mentor lenders to see if they agree.

How to fight all five

First, recognize that the tension often evident between lenders and underwriters is a healthy one. With a somewhat different focus between the two of you, conclusions based on biases are more likely to be discovered. The questions underwriters ask, and the responses lenders need to develop, can help ensure that an inappropriate bias does not taint the loan decision.

Second, maintain an attitude of skepticism. In auditing, this is defined as ‘an attitude that includes a questioning mind and a critical assessment of evidence’.

Consider the opposite. Is there another explanation for significant changes or red flags, pro or con?

If you were advising someone new to lending or underwriting, what would be in your top five bias risks? How would you suggest they avoid them?

Do I use OBI or NIPB in Global Cash Flow?

Do I use OBI or NIPB in Global Cash Flow? 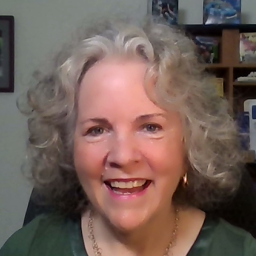 Linda Keith CPA is an expert in credit risk readiness and credit analysis. She trains banks and credit unions throughout the United States, both in-house and in open-enrollment sessions, on Tax Return and Financial Statement Analysis.
She is in the trenches with lenders, analysts and underwriters helping them say "yes" to good loans.
Creator of the Tax Return Analysis Virtual Classroom at www.LendersOnlineTraining.com, she speaks at banking associations on risk management, lending and director finance topics.